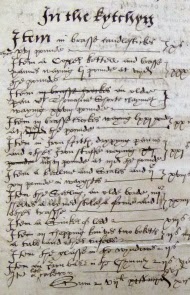 The Devon and Cornwall Record Society was founded in 1904 to transcribe and publish local records, and to promote local historical studies and genealogical research.

The Society is a registered charity (No. 1011931) and its publications cover many aspects of the Westcountry's political, social, religious, economic and maritime history. In return for the annual subscription members receive the volumes as published (normally annually).

Its first publication was the 1906 A calendar of inquisitions post mortem for Cornwall and Devon, from Henry III to Charles I, 1216-1649, edited by Edward Alexander Fry and printed by Pollards of Exeter, a venerable firm that still exists today. The Society has since published annual titles for more than a century, uninterrupted by two World Wars. A particularly notable early editor was Harry Tapley-Soper, historian and Exeter city librarian, who edited or co-edited ten of the books published between 1906 and 1945.